• Very rare vegetation type.
• Last area of forest remaining in the district.
• Highly diverse flora with many locally endemic species known only from the region of Atsimo-Atsinanana, such as Vitex farafanganensis and Dypsis elegans.
• Six species of lemur, including the critically endangered Eulemur cincereiceps and Eulemur collaris.

• Exploited commercially for timber.
• Forest used for shifting cultivation.
• Birds and lemurs eaten by the local population.
• Source of water for irrigation of rice fields.

The Ankarabolava-Agnakatrika New Protected Area consists of two adjacent fragments of low-elevation evergreen forest. The forest is highly threatened by shifting cultivation and unsustainable timber exploitation. When MBG launched its community-based conservation program at this site in 2007, 78 subsistence farmers occupied agricultural plots within the forest, and the forest therefore had ‘holes’ in many places. These farmers have traditional occupancy rights to their plots, but it is illegal for them to extend their fields. Without being able to regularly shift their crops in response to declining soil fertility, harvests were reduced and the farmers were forced to resort to desperate means to obtain their livelihoods, such as ‘accidental’ fires that allowed them to extend their cultivation. Thus, little by little, agriculture encroached into the forest.

In 2013, in an effort to seek an alternative to conflict with the forest occupants, a solution was negotiated whereby farmers within the forest would be offered the opportunity to exchange their land for productive, registered parcels of their choice outside the reserve. Currently, 62 farmers have accepted this offer, and 92.6 hectares of former agricultural land within the forest has been released. Some of this land is regenerating naturally, but in other areas, the soil is badly degraded and natural regeneration is very slow. In these areas, with the help of recent funding from the IUCN SOS Lemur Fund, restoration of the natural forest will be accelerated by propagating a variety of native tree species in four local nurseries and, working with local students, planting these seedlings within the problematic zones. This work will be directed and managed according to the site’s first formal restoration plan.

• Release of 92.6 hectares of arable plots within the protected area for restoration trials and experiments.
• Installation of four local plant nurseries with capacity to produce 50,000 seedlings of native woody plants for use in restoration.
• Development of a restoration plan. 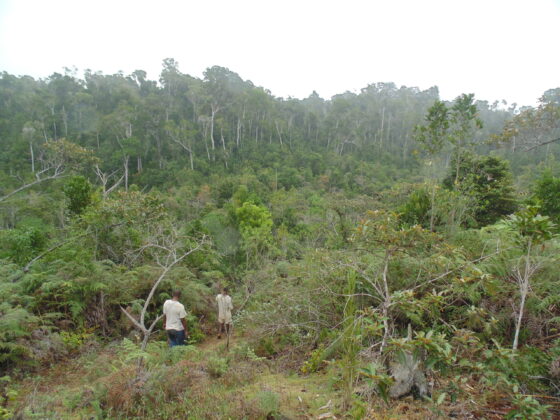 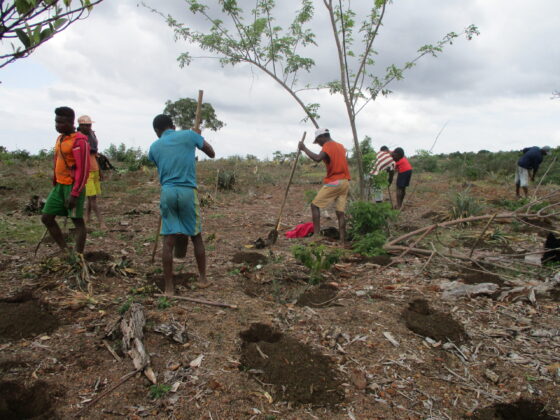