Madagascar - Ramena Commune in the Diana Region, on a sand-covered limestone peninsula overlooking the huge natural bay of Antsiranana (known as Diego Suarez during the French colonial period)

• Formerly heavily exploited for timber and charcoal production.
• Formerly used for shifting cultivation.
• Grazing and browsing land for livestock.
• High potential for tourism, given the proximity to the famous port city of Antsiranana.

The Oronjia Forest has been degraded by decades of unsustainable exploitation to provide timber and charcoal, as well as clearance for manioc and maize cultivation, pasturing of livestock, and use by the military as a training ground. Missouri Botanical Garden launched a community-based conservation program at this site in 2007. The program has brought many of the human pressures under control (with the exception of livestock browsing, which continues almost unabated), and much of the forest is now regenerating vigorously, such that many of the paths that once crisscrossed the site are now unpassable. However, forest recovery is very slow on abandoned agricultural plots that occupy some 50 hectares of the site. Thus, the primary restoration objective at this site is to actively restore native forest to all of these plots, thereby improving the integrity of the reserve. Conditions in these old fields are harsh, with exhausted, free-draining sandy soils, low annual rainfall with an eight-month dry season, high temperatures, strong desiccating winds, and free-ranging browsing sheep, goats and cattle. Recent trials show that planting young trees in locally-made tree tubes significantly improves the survival and growth rates of some species compared to the control plots. However, this intervention is probably not realistic on a large scale. Recently, the program has obtained support from the Critical Ecosystems Partnership Fund for larger-scale trials to inform an ambitious restoration plan that will mainly focus on the problematic plots. 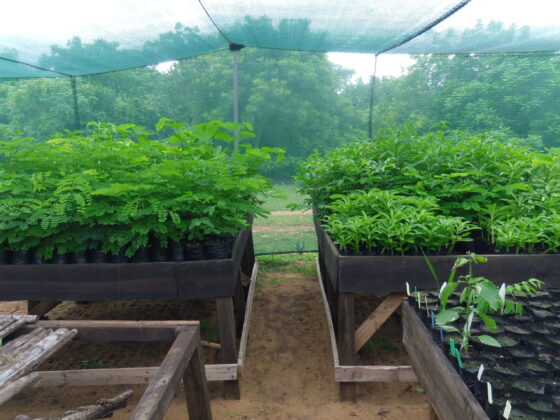 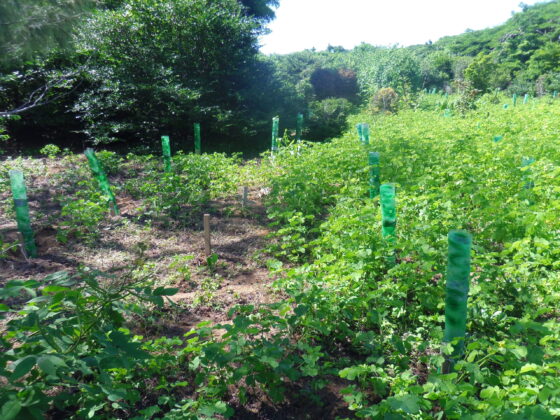 • Trials to elucidate critical limiting factors to restoration, and definition of protocols to minimize these factors.
• Development of a restoration plan.
• Installation of two local nurseries with capacity to produce 20,000 seedlings of native woody plants annually for use in restoration.
• Research on the role of the crowned lemur in natural regeneration.