The property was acquired by Sue and Richard Dean in 2005, specifically for conservation purposes, and was declared a gazette protected area in 2011. In 2013, it was officially added to the CapeNature Protected Area Network through an agreement between the owners and the Western Cape Department of Environmental Affairs. The agreement confers conservation status “in perpetuity” and transfers to any future owners.

In addition to protecting biodiversity and habitat on the property itself, the Nature Reserve has special significance for broader conservation concerns. A two-kilometre stretch of the Dorps River, or Dorpsrivier, runs through the property and is used by birds, frogs, and other animals that move seasonally between the nearby Swartberg mountains and the plains below. Moreover, the Dorps River is part of the larger Gamka and Gouritz River catchments, linking Wolwekraal Nature Reserve and its surroundings to the UNESCO-designated Gouritz Cluster Biosphere Reserve.

Wolwekraal Nature Reserve is managed through the Wolwekraal Conservation and Research Organisation (WCRO), a locally registered nonprofit, and through Renu-Karoo Veld Restoration, an adjoining native plant nursery and ecological consulting business. The Nature Reserve is the site of active and ongoing conservation and restoration work, but it also functions as a living laboratory for a variety of environmental education activities, research projects, training, and consulting to help guide veld restoration efforts elsewhere in the greater Karoo region. 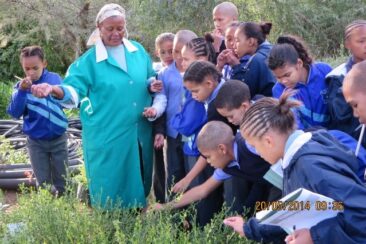 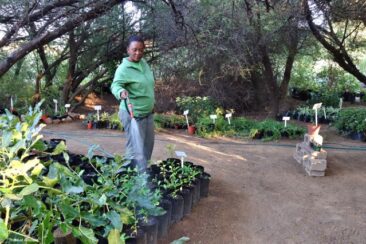 Renu-Karoo, for its part, serves the local community by supplying indigenous plants on the commercial market, providing sustainable employment opportunities for local people, developing local skills to restore mining and grazing damage in the Karoo, and advising landowners and companies on solutions for veld restoration. Renu-Karoo/WCRO have also freely given advice on environmental and ecological issues to the local Municipality as well as to interest groups, environmental action groups, and clubs in the village. Renu-Karoo employs the owners, a manager, and nine other local people on a full-time basis to collect seeds, propagate plants, make compost, and sell plants. The nursery also occasionally employs part-time assistants for seed collection, sorting, and packing.

In 2016 a large-scale brush packing and water retention experiment was established on eroded deep alluvium on the Reserve. This work, funded by the Missouri Botanical Garden, involved 25 post-grad students and their three mentors over three days. The students built brush-pack fences on eroded areas and dug large hollows to catch runoff water. The work was monitored in 2018 and again in 2020, revealing the use of the hollows to be more successful than the brush packing in leading to the establishment of vegetation (Photo 1).

In 2017 a second large-scale brush packing and water retention experiment was established on skeletal soil overlying mudstone bedrock in a historically overgrazed and bare area of the Reserve. This study, funded by WCRO, took place during a prolonged drought. The site was monitored in 2018 and again in 2020. The response was less dramatic then on the deep-soil site; however, hollows, with or without brush packing, once again proved more effective for vegetation establishment than brush packing without hollows (Photo 2).

Plans are now underway for additional trials assessing how hollows of various sizes influence accumulation of water, soil, and organic matter. An experiment is also being planned to trial “seed bombs” and compare this seeding method with other methods. 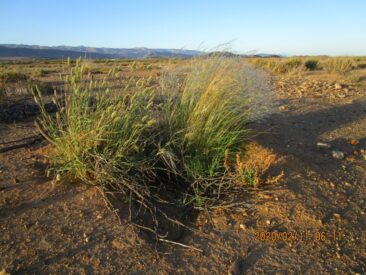 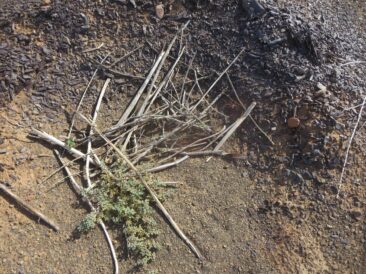 2. WCRO supervises students carrying out field trials and monitoring ecological restoration activities on the Reserve itself and on other properties in the Karoo region.

3. Renu-Karoo/WCRO provide advice and expertise for landowners, including livestock and wildlife farmers and the owners of other nature reserves, as well as engineering companies involved in resource extraction, around the topic of ecological restoration, re-establishment of forage plants, and establishment of natural vegetation on old fields and other damaged areas.

Overview of Key Accomplishments to Date 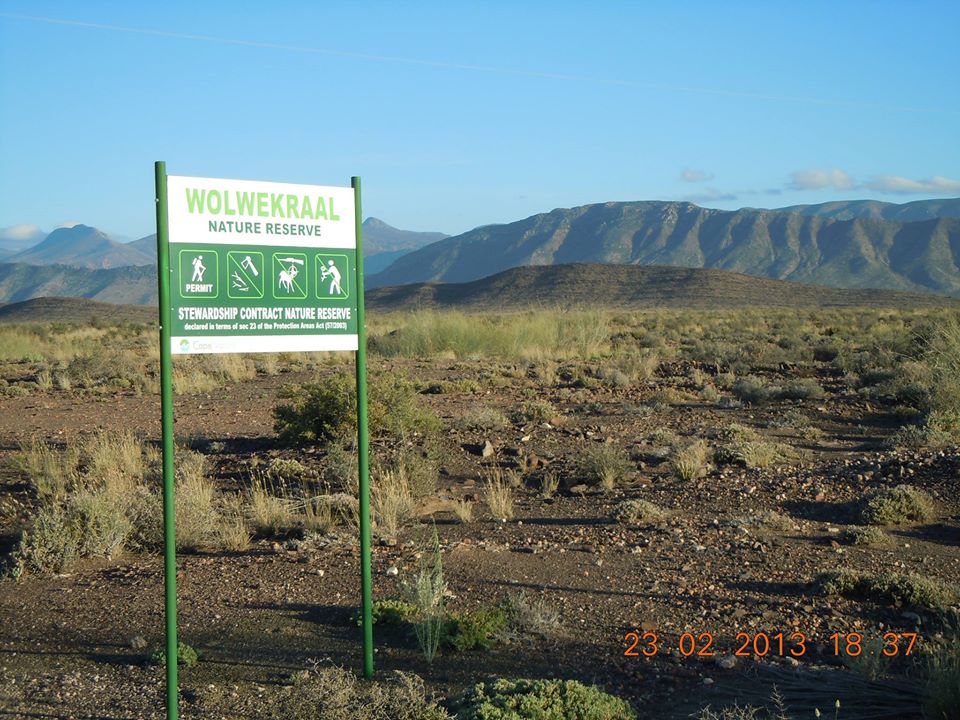 Wolwekraal Nature Reserve has a number of ongoing management challenges:

1. Water diversion: The river that runs through the Reserve is the major water source for the growing village population. River diversion for human use has taken all of the water from the river between 2015 and the present, resulting in a loss of habitat and fauna.

2. Access control: The Reserve is only 3 km north of the village of Prince Albert. People sometimes enter the Nature Reserve to cut fire wood or poach small game.

3. Garbage: The Reserve borders the municipal waste disposal facility. As such, garbage is continually carried onto the Reserve by wind, water, and people. This presents an ongoing challenge, but also an opportunity for community involvement in cleanups.

4. Sewage effluent: The Reserve also borders the municipal sewage works. Effluent from the final clear water dam started flowing onto the Nature Reserve in 2009, giving rise to a dense reedbed that has replaced desert vegetation over an area of about 2 ha. This novel wetland habitat has altered the native ecology, but it has also sustained insects, amphibians, birds, and mammals through the drought when the river ran dry.

5. Invasive alien vegetation: Pink tamarix trees (Tamarix ramosissima) from village gardens have invaded the river bed and are costly and difficult to remove.

6. Feral animals: Feral animals from the village, attracted by the nearby waste disposal facility and lush habitat along the sewage effluent stream, move into the Nature Reserve and hunt birds, rodents, frogs, and reptiles.

7. Climate change: A drought of unprecedented duration and severity has affected the central and southern region of the Karoo from 2015 onwards. This is changing the vegetation, causing mortality among rare endemic plants, increasing poverty and natural resource dependence among local people, and hindering restoration trials.